History of the stud

The first mention of Piber as a stud farm was in 1798, when it was used as a so-called remount depot, i.e. a training centre for horses for various uses in the army.

The history of breeding Lipizzaners did not start in Piber until 1920, when Austria was awarded 97 of the 241 Lipizzaners housed in Laxenburg near Vienna and at Kladrub Stud after the First World War. With their relocation to Piber, their place of residence, from a geological point of view, now resembled their origin in Lipica (Slovenia), where the horses had been housed and bred before the First World War. The move to Laxenburg and Kladrub at that time resulted from approaching hostilities around Lipica.

Until the Second World War, the breeding and rearing of these noble horses was eagerly pursued at the stud. The renewed war situation under the annexation of National Socialist Germany again brought about a relocation of the Lipizzaners: this time to Hostau in the Bohemian Forest. For more than a decade the stud buildings served as a military base, without any Lipizzaner breeding. Only in 1952, after detours via Bavaria and Upper Austria, did the white horses return to Styria. To this day, the special breed of horse is bred, nurtured and cared for at the Lipizzaner Stud Piber. 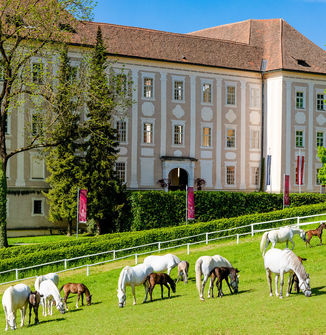 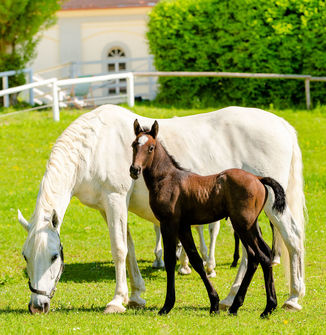 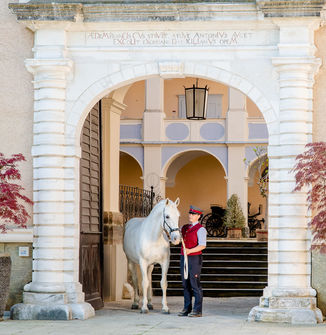 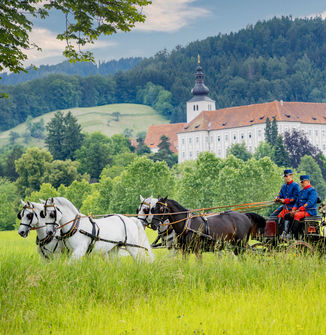